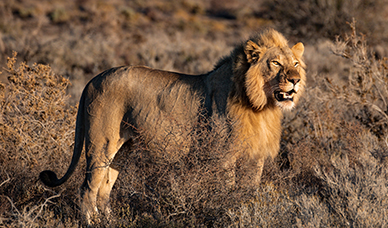 when i am in a serious humour, i very often walk by myself in westminster abbey, where the gloominess of the place, and the use to which it is applied, with the solemnity of the building, and the condition of the people who lie in it, are apt to fill the mind with a kind of melancholy, or rather thoughtfulness, that is not disagreeable. i yesterday passed a whole afternoon in the churchyard, the cloisters, and the church, amusing myself with the tombstones and inscriptions that i met with in those several regions of the dead. most of them recorded nothing else of the buried person, but that he was born upon one day, and died upon another: the whole history of his life being comprehended in those two circumstances, that are common to all mankind. i could not but look upon these registers of existence, whether of brass or marble, as a kind of satire upon the departed persons; who had left no other memorial of them, but that they were born and that they died. they put me in mind of several persons mentioned in the battles of heroic poems, who have sounding names given them, for no other reason but that they may be killed, and are celebrated for nothing but being knocked on the head. the life of these men is finely described in holy writ by “the path of an arrow,” which is immediately closed up and lost.

upon my going into the church, i entertained myself with the digging of a grave; and saw in every shovelful of it that was thrown up, the fragment of a bone or skull intermixt with a kind of fresh mouldering earth, that some time or other had a place in the composition of a human body. upon this, i began to consider with myself what innumerable multitudes of people lay confused together under the pavement of that ancient cathedral; how men and women, friends and enemies, priests and soldiers, monks and prebendaries, were crumbled amongst one another, and blended together in the same common mass; how beauty, strength, and youth, with old age, weakness and deformity, lay undistinguished in the same promiscuous heap of matter.

after having thus surveyed this great magazine of mortality, as it were, in the lump; i examined it more particularly by the accounts which i found on several of the monuments which are raised in every quarter of that ancient fabric. some of them were covered with such extravagant epitaphs, that, if it were possible for the dead person to be acquainted with them, he would blush at the praises which his friends have bestowed upon him. there are others so excessively modest, that they deliver the character of the person departed in greek or hebrew, and by that means are not understood once in a twelve month. in the poetical quarter, i found there were poets who had no monuments, and monuments which had no poets. i observed indeed that the present war had filled the church with many of these uninhabited monuments, which had been erected to the memory of persons whose bodies were perhaps buried in the plains of blenheim, or in the bosom of the ocean.

i could not but be very much delighted with several modern epitaphs, which are written with great elegance of expression and justness of thought, and therefore do honour to the living as well as to the dead. as a foreigner is very apt to conceive an idea of the ignorance or politeness of a nation, from the turn of their public monuments and inscriptions, they should be submitted to the perusal of men of learning and genius, before they are put in execution. sir cloudesly shovel’s monument has very often given me great offence: instead of the brave rough english admiral, which was the distinguishing character of that plain gallant man, he is represented on his tomb by the figure of a beau, dressed in a long periwig, and reposing himself upon velvet cushions under a canopy of state. the inscription is answerable to the monument; for instead of celebrating the many remarkable actions he had performed in the service of his country, it acquaints us only with the manner of his death, in which it was impossible for him to reap any honour. the dutch, whom we are apt to despise for want of genius, show an infinitely greater taste of antiquity and politeness in their buildings and works of this nature, than what we meet with in those of our own country. the monuments of their admirals, which have been erected at the public expense, represent them like themselves; and are adorned with rostral crowns and naval ornaments, with beautiful festoons of seaweed, shells, and coral.