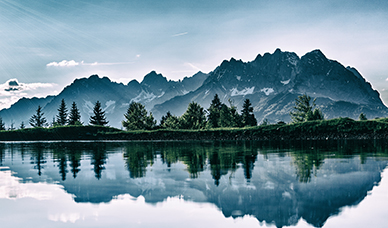 census is very important for every country, it can tell the changes of the population and help the government to carry out some policies. in america, the government counts the population every ten years and the latest census was in 2010. the results of the census show some changes in this country. first, the growth of the population is very slow. it is obvious that the more rich, the less children people want to have, because they want to focus their energy on the career and when they have time, they would rather enjoy the personal hour. second, the number of immigrants is increasing, which will become the majority of american population. what’s more, the immigrants give birth to children more than the local people do, so it has been predicted that in the future, the gene of blond hair and blue eyes will disappear.

recently, a girl who was born after the year of 2000 showing a picture of her pregant image in weibo. this teenage girl wrote down the words that she was busying giving birth to a child for her so called husband, who was also a teenager. soon this picture became the hot issue. people were so shocked by the girl’s young face, which looked so innocent and she was just no more than 16!such a young girl surely did not have the ability to raise a kid, what’s more, they even did not figure out the meaning of responsibility. the problem of family education was brought to the public again. the root of young pregancy lies in the parents’ caring. the lack of communication between parents and chidren is easy to have such problem. it is not appropriate to have baby at such early age.

the american tv series game of thrones is the hottest one around the world. in its last season, the director left the fans a great riddle, which catches the audience’s attention all the time. the most welcomed character jon snow seemed to be dead in the last season, the fans were so upset that this charater would not come back again. what’s more, the director and the producers told the fans that jon snow was dead without question. but the fans still kept the hope that their beloved character would come back, for he was so important in the story. as the new season has come back recently, the answer of jon snow’s fate has been exposed, he was coming back by the magic. the fans were so happy about it and the director and actors felt sorry to keep it as a secret, for they wanted the fans to keep their eyes on it.

when may comes, it means the golden week is coming. people will have a public holiday for three days’ off. since the vacation of golden week has cut to three days, it still can’t stop people’s enthusiasm to travel. as china has the largest population and with the development of life level, a lot of people will choose to take a visit of the famous tourist sites. thus the problem comes, as people flock in the tourist sites, the appreciation of the beautiful scenery is no longer the visitors’ first concern, they need to consider their safety in the first place. some people will be robbed by the thieves, and some will easily have argument with others, for the more people, the more conflicts. people travel to ease their mood and release their pressure. but the fact is that they will be annoyed. so the best way is to avoid the hot tourist sites.